As Minneapolis Public Schools (MPS) and Minneapolis Federation of Teachers (MFT) began their current round of negotiations in February 2021, both sides agreed protecting teachers of color was a priority. Since then there have been 4 proposals and counterproposals regarding protections for teachers of color that have been made available to the public. Below you will find each of the proposals put forward in order. The first 3 proposals were brought forward during public negotiations, so we know what the concerns of each side were with the other's proposals. Proposal 4 was put on the table during private negotiations during mediation, so we are not aware of the reaction by MPS. 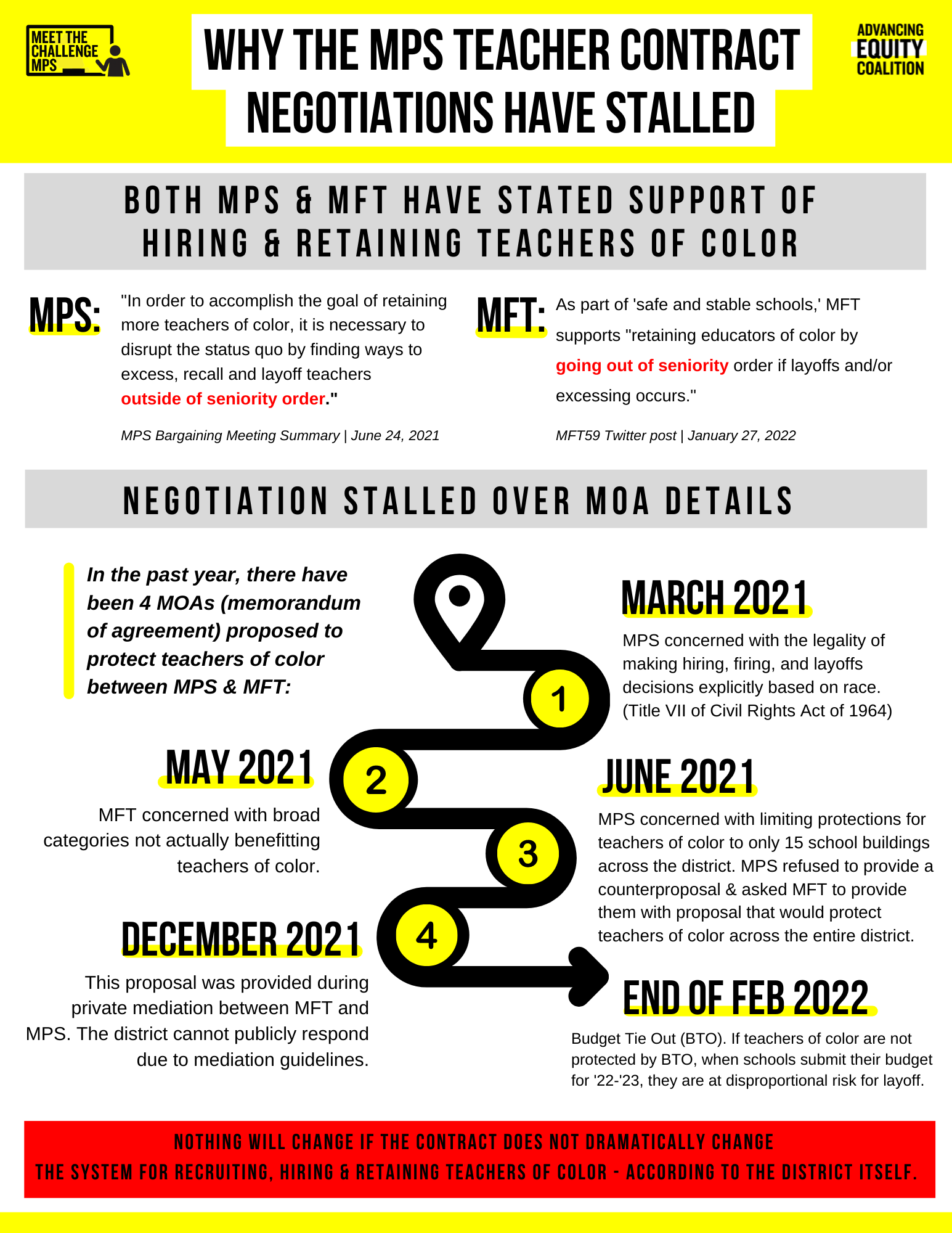 Coalition of stakeholders across MPLS dedicated to developing the political will eliminate institutional racism in Minneapolis Public Schools. #policy1304